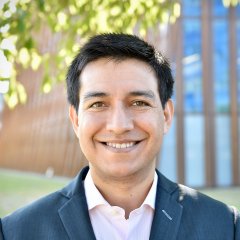 I am an assistant professor (tenure track) at the University of Groningen, The Netherlands.