Poplog grew out of Pop-11, a branch of the Pop* family of programming languages launched in Edinburgh in the early 1970s [0]. A few years later, starting from requirements for teaching AI to first year Arts and Social Science students at Sussex University around 1976, Pop-11, a reduced implementation of Pop-2, was developed for use in a 32KB(!) address space on a DEC PDP11/40 computer with a collection of paper (teletype!) terminals attached. The syntax of Pop-2 was enriched to provide matching opening and closing brackets to help students, and a pattern matcher provided for list structures to simplify programming in list-based exercises – later used in powerful AI tools. As more powerful computers became available, subsequent developments included an extension to support Prolog, after which the combined system was known as Poplog, and began to be used both in universities and companies interested in AI. Later the Poplog Virtual Machine was extended to support a wider variety of languages, allowing incremental compilers to be added for Common Lisp and Standard ML, while also allowing packages to extend the syntax of Pop-11 to meet special purpose requirements, e.g. the SimAgent toolkit[1], built on the Poprulebase package[2]. After commercial AI developers became interested in Poplog, the UK Alvey Programme helped to fund development at Sussex, while Poplog was marketed and supported commercially. This talk will start with an impression of the experience of programming in Pop-11 and the fluid interactive and incremental environment that makes using Poplog enjoyable. Then it will compare this venerable system with the current evolutionary progress of popular languages and their ecosystems where there is common ground. Lastly, it will touch on some of its uses in teaching, research and commercial applications such as the Clementine Data Mining system developed by ISL who marketed Poplog between 1991 and 1998, now re-implemented as part of IBM’s business software. Since 1998, Poplog has been a freely available open source system[3]. At present a port to ARM is in progress. Some (amateur) tutorials are on Youtube[4].

I have been working in software R&D since the early 1980s. And over this time my constant interest has been in the design and implementation of programming languages, how they have profoundly influenced the course of computing and actively continue to do so. 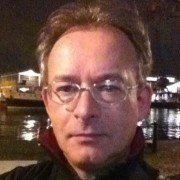